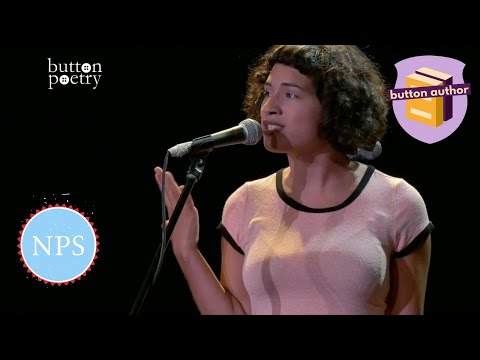 Coming off a semi-final finish at the National Poetry this past August The Philly Pigeon Poetry Slam, in its fifth season, is quickly becoming a must-see art event in Philadelphia.

The Philly Pigeon starts the night off with a writing workshop from 7-8pm that is free with admission to the slam. Workshops are lead by the featured poet. The Philly Pigeon featured poets are out of town, nationally recognized poets who are selected because of their prowess as writers and performers.

The Philly Pigeon is something that many poetry events are not: energetic, packed with enthusiastic audience members, and punctual. At 9pm sharp the show starts with co-host and nationally touring performance poet Kai Davis. Davis’ wit and humor are apparent as she leads the audience in a new dance move she invented. The mood becomes both tender and hilarious when Kai shifts to asking the audience to share out-loud things they are thankful for, a pre-show ritual.  After the audience warms up the featured performer performs a 20-minute set. Followed by a brief intermission, then the slam.

For the uninitiated, a poetry slam is a competition between poets performing original work judged by five random members of the audience. A Chicago construction worker who wanted to inject some excitement into the classic open-mic format invented slam. Poetry slams have outgrown their humble beginnings as a bar game. Poets who have honed their craft in slam win national poetry awards, land book deals, form internationally recognized youth literacy programs and feature in national media outlets.

Through co-host and co-founder Jacob Winterstein’s uproarious, random and clever rants the judges and audience are prepped to listen for great writing and captivating performances. Judges are encouraged not to let the charismatic garner high scores despite shoddy writing or let the eloquent be rewarded while droning on in monotone. The Philly Pigeon is a place where both the page and stage are held in high esteem. December’s feature and National Poetry Slam Champion G Yamaza tweeted after the last show, “The Philly Pigeon is easily one of the dopest poetry slams in the country.”

Friday, January 1st, 2016 The Philly Pigeon is back with a very special slam.  The featured poet is 2015 National Poetry Slam Champion Melissa Lozada-Oliva. The slam is an all women’s slam whose winner earns a spot at the Women of the World Poetry Slam, a national competition that is being held in Brooklyn, NY. Because the slam is on New Year’s Day The Philly Pigeon will be giving out prizes for the best dressed, making toasts and busting out into spontaneous and surprise moments of celebration and joy. The Philly Pigeon has a two-year sell out streak going so we strongly recommend getting a reserved seat for only $5 more at: www.thephillypigeon.com.

[Storytelling Under the Stars! with Steve Clark]